A game about dismantling ancient technology.

All code, art, animation, music and sounds were made during Ludum Dare #36

My Gosh! This is such a great game! The amount of story telling in about a 40 minute period to complete all the ending is amazing for how short it is. Not only that, but the soundtrack is phenomenal and easily one of the best I've heard from any video-game.  Just the over-all theme of the game was perfectly executed as well, the acient race, the ocean mysteries, and the constant feeling of wanting to know more about this undiscovered race makes you keep playing over and over again to find all the endings and secrets. Easily one of the best games out there, good job.

Great storytelling in such a short game, I love it. Great Soundtrack as well.

this game was very deep... no pun intended. it had a great feel to it and really ment somthing. im not quite sure what but it got me playing it... i really want to know the story behind it. GREAT JOB.

That was an excellent puzzle game! I remember that, when I played it the first time, I got stuck for roundabout 20 minutes, just wondering what I could do next. But that didn't frustrate me at all, because on the one side I was able to hear the wonderfully written soundtrack a bit more, and on the other side it was just intriguing for me to figure out the hidden mechanics. The first several times I played "Aquadrata", I always just encountered the dark ending, but oh boy... I've been blown away when I found the way to the light ending! Thank you so much for that. That game was one of my favorite 2016 jam entries, that's why I didn't just write a little article about it and upload a gameplay video, but also I included it in our GOTY 2016 list. It's really something special. I'm hoping to see more of you in the next Ludum Dare, dear four quarters. <3 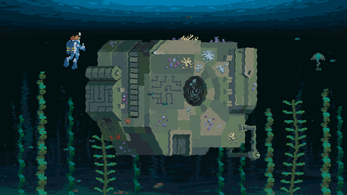 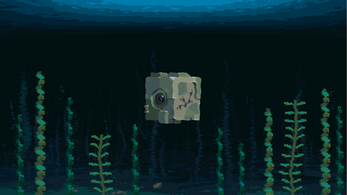